If you’re new to soap making and you’re passing your time watching tutorials you’ll hear the word trace in every conversation. In fact, it’s so common that most of the time many soapers automatically assume that people just magically know what it means, and entire steps in a tutorial can be misunderstood, simply by not knowing this term.

So lets just take two minutes to focus on “trace”

Once you mix your oil and lye, you already know that a chemical change is about to happen. The creamy mixture will begin to emulsify when you give it a minute with your stick blender.

When the batter passes the emulsification stage it begins make a chemical bond and saponify. This changes texture as the minutes go on and it becomes thicker and thicker. You’ll notice that many soapers compare this to pudding.

If you pull your stick blender out of the mixture and the batter is thick enough to follow, you pull some of this batter out and it will sit across the top. You can even trace a letter on the surface. That’s why it’s called trace.

In soap making, you will hear people taking about adding colors or ingredients at different stages of trace. For example: if you are working with swirls and wispy designs. you must work with a light trace.

If you add a fragrance oil that is known to accelerate the recipe, you may find that is reaches a thick trace very quickly.

The video below will show an example of what trace looks like in your recipe.

For a complete knowledge base on soap making and fully crafted recipes, come on over to our soap makers course and sign up for free. Members have full access to dozens of videos, tutorials, and examples. 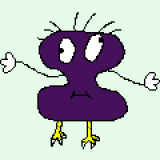 Get A Free Copy Here